Is Australian heading for a recession? Economist Frank Gelber says "no"


Is Australia heading towards a recession after around 25 years of unbroken economic growth?

That's the big question after the fast unraveling mining boom has seen business investment take its biggest dive since records began in 1989.

With capital expenditure - or CAPEX - down 9.2 percent in the third quarter, the light at the end of the tunnel could be a long awaited recovery in local manufacturing and services.

But there's one critical factor - maintaining a low or even lower Australian dollar which today is hovering at above US$0.72.

Frank Gelber, chief economist the the forecasting group BIS Shrapnel, does not believe the biggest business investment crash since records began in 1989 is enough to push the Australian economy over the edge into a recession.

But he warns Australia will continue to be rattled by falling investment in mining for a number of years yet.

"We're about 12 percent through a 60 percent decline in mining investment and that will dominate business investment figures over the next two years until we get to the bottom," Mr Gelber told The World Today.

"But we already have the seeds for the recovery in the lower dollar which will improve the prospects for trade exposed industries - tourism, education services, agriculture, business services and even manufacturing."

But Frank Gelber has one important caveat to Australia's non mining sector recovering - the direction of the Australian dollar.

"It's absolutely critical. If you talk about the non mining sector demand, profit and investments have been weak since the GFC (global financial crisis)," Mr Gelber said.

"And it will taker another few years for it to start to pick up but because of the low dollar the first sectors to recover will be those trade exposed industries which have effectively been in recession  for a decade for the period that the dollar was too high.

"Now they're going to have to spend money on refurbishment and then later investment which will start to broaden the recovery through the services sectors into construction and we will see a spin off into other non mining sectors which will gradually build momentum."

However, Frank Gelber says a much lower Australian dollar will be required to kickstart manufacturing which has seen Holden, Toyota and Ford recently announce plant closures - all decisions made when the dollar was at parity with the US currency.

But despite the uncertain outlook and the important of a consistently low dollar, Frank Gelber does not believe Australia is about to experience its first recession in a quarter of a century.

"No. We're going to have a soft economy until we finish the transition from the mining boom. It's another two years before we get there, probably three before we see non mining picking up."

The collapse in business investment makes next weeks official economic growth figures (GDP for the third quarter) a bigger event than it already and underscore the long term challenges as the Reserve Bank and Treasurer Scott Morrison manage the transition from the biggest mining boom in 150 years.


It’s yet another lonely morning at Peter Voudouri’s shoe store in suburban Athens.

On what once would have been a bustling Saturday morning, a single customer arrives with an attitude in line with the austerity tightening household budgets across Greece.

The woman wants to buy shoes for her four year old daughter, but her opening line is to begin bargaining to bring the price down.

“I asked for small shoes for a formal dress for my child and I am asking if there is a better, lower price,” she tells me.

This is the reality in Greece these days as the latest austerity cuts a swathe through consumer spending and capital controls – measures to limit withdrawals from banks – stagnates the already downtrodden Greek economy.

In what is now a damaging consumer cycle, the damaging of cuts to pensions means grandparents have less money in their wallets and no longer spend up as the dote on their grandchildren – sometimes handcrafted shoes from France and Italy.

“Grandparents are our basic customers in our kind of business because they want to get presents like new shoes for their grandchildren in comparison to their parents,” Peter Voudouri says.

“And it’s not only shoes but any present for their grandchildren – toys, clothing. It’s not only the shoes.”

Without controls limiting transactions and a financial lifeline from the European Central Bank, Greek banks would almost certainly collapse tipping the nation into a deeper economic and social abyss.

But Peter Voudouri says business is paying a massive price.

The controls mean significant delays in getting accounts paid and also paying suppliers. The cost of some transactions has surged by 3000 percent adding a new layer of costs for already struggling businesses. 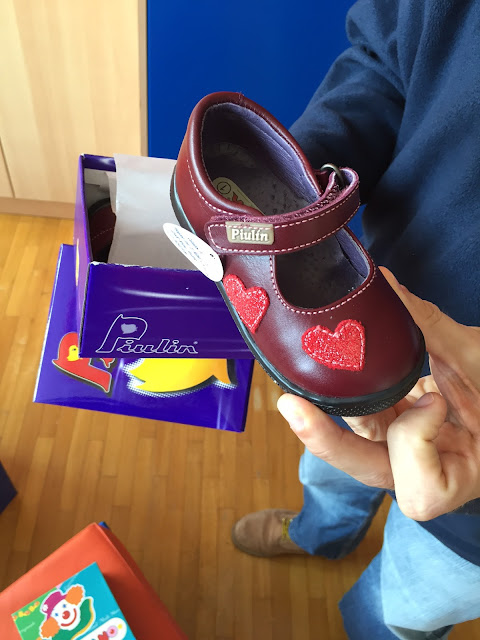 The harsh medicine in return for another financial bailout means business of all sizes are going to the brink, says Constantine Michalos of the Athens Chamber of Commerce and Industry.

“The situation of the Greek economy can only be described as absolutely stagnant,” Mr Michalos told me in his Athens office.

“The implementation of capital controls is making life on a daily basis extremely difficult for the transactions that businesses need to carry out.”

In an example that illustrates the impact of the capital controls, Constantine Michaelos says Greek businesses are being choked with restrictions that would stun companies in Australia.

“So you can imagine it’s extremely difficult, in some cases impossible, to transact business in this country.”

Capital controls are set to remain in place until at least next year while Greek banks are recapitalised.