Wayne's Week. Jobs surge in May on top of stellar March quarter GDP. Cash rate falls. Can it last? 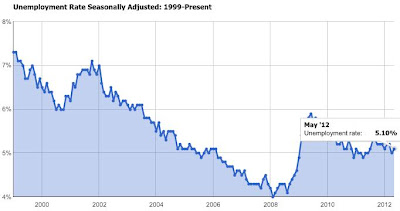 
In the reporting of economic data, both official and private, journalists have become accustomed to expect the unexpected.
Today, expecting the unexpected  turned out to be a good policy when the Australian Bureau of Statistics surprised analysts by reporting economic growth in the past quarter of 1.3 percent and 4﻿.3 percent year on year.

Even so, the reliability of the ABS data is being questioned by some economists given the patchwork nature of the economy. 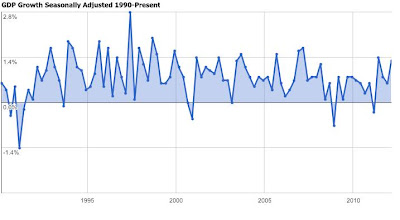 The main contributors to the surprise growth was household expenditure (0.9 percent) and private engineering construction (0.8 percent).

The main industry contributor was mining (up 2.3 percent), financial and insurance services (up 1.7 percent) and technical services (up 2.8 percent). The ABS says each of those areas added 0.2 percentage points to GDP.

The Treasurer Wayne Swan grabbed the opportunity of positive news, describing Australia as "an island of growth amid global uncertainty."

The Australian dollar surged when the news hit the market at 11.30am, rising one US cent. 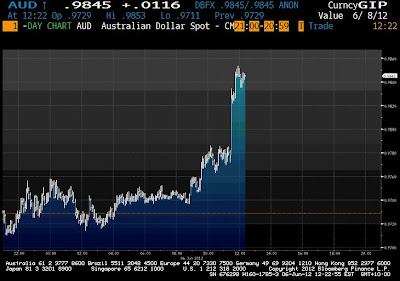 Reserve Bank cuts cash rate to 3.25 percent as Board signals it's alert but not alarmed about Europe.

By Business editor Peter Ryan
Administrators sifting through the collapse of the Hastie Group have announced the sale of a company which will save 134 jobs.
A week after Hastie Group failed putting 2,700 jobs in jeopardy, the administrators PPB Advisory have finalised the sale of the plumbing and hydraulics business, Cook & Carrick.
Hastie Group bought the Tullamarine-based Cook & Carrick in July 2007 for $18 million in an early phase of its expansion. A spokesman for PBB was unable to confirm a sale price or the name of the buyer.
However, the current sharemarket volatility and investor caution about a global downturn is making the sale of assets under the Hastie Group umbrella difficult.
At the time of the purchase in 2007, Hastie billed the acquisition as “another significant step in Hastie’s growth as a major building services group.”
Hastie and its 44 subsidiaries were placed in administration last week after a $20 million “accounting irregularity” derailed negotiations with banks to recapitalise the company.
Hastie posted a loss of $149 million in the six months to December and its share price tumbled from $9 last year to 16 cents before shares were suspended in April.
Administrators also dealing with the potential sale of Hastie’s overseas assets, including those in the United Arab Emirates where 1,500 staff are yet to receive termination entitlements.
The ABC reported last week that Hastie’s top three executives in the UAE last the country on 28 May after A$3 million was transferred from Dubai to Sydney.
Twitter: @peter_f_ryan

﻿
﻿ Some economic figures come and go with little effect but the jobless statistics out of the US at the weekend have had serious economic ramifications.

The dismal employment outlook in the US is adding to fears that the world could be on the brink of a sharp economic slowdown.

US employers added only 69,000 jobs last month and even the US President says that's not enough.

Australia wasn't able to avoid the fallout from the US, with the All Ordinaries Index diving as much as 1.85 per cent this morning.

Listen to my analysis from this morning's edition of AM.

Last month, the theme was "sell in May and go away."

Now the race could well be in for a new saying in June given the gloomy global outlook.

As a measure of fear, money continues to pour into US Treasury bills (now at their lowest yield in around 200 years) and gold was higher at US$1625 an ounce earlier this morning.

The growing concerns about the US, Europe, China and parts of emerging Asia are likely to combine to prompt a cash rate cut when the Reserve Bank board meets tomorrow.

Some economists are tipping rates to stay on hold at 3.25 percent, but the bets are centering on a 0.25 percentage point cut with JP Morgan revising its cash rate prediction early this morning.
Posted by Peter Ryan at 12:51:00 PM No comments: